The position of the battery "MORRIS" does is 800 meters north of the site. This battery was delimited by four cannons positioned initially in encuvements concreted, then from 1944, the H669 protective bunkers construction was initiated. One of them was not yet over on landing ..

This no artillery, controlled from the PC HILLMAN, will be removed fairly quickly by the 1st Regiment of Suffolk in the day on June 6th ...

Today, one of the three bunker H669 been preserved, the other two being on private land.

This field artillery battery, south-west of the village was far from 2.800m from the sea. This was the second battery attached to the 1 / 716th Artillery Regiment (2. / AR 1716), which received the code "WN 16".
Its armament consisted of four 105mm howitzers caliber Czechs, with a maximum range of 9.800m. 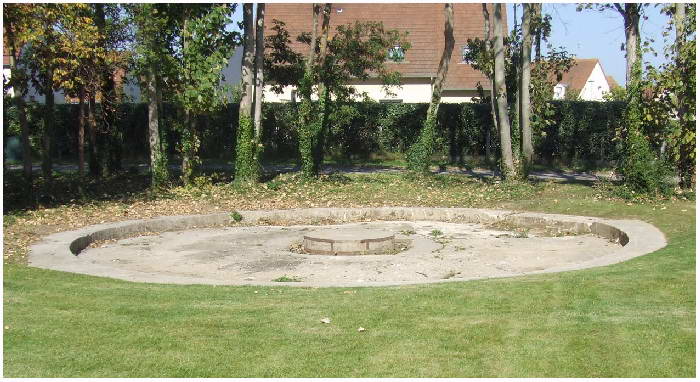 A vat for canon, which offered a prime target for Allied aircraft.