The area of the mouth of the River Orne, which will correspond to the allies in eastern flank of the DDay landing area, taking the name of 'Sword Beach', is a strategic point for both camps.
From the German point of view, the mouth of the Orne, allowing access to ports back from Blainville then Caen, must be protected.
Admittedly, this protection will be much lower compared to those of large neighboring ports such as Le Havre or Cherbourg, but rather dense artillery coverage allows to prohibit its access. 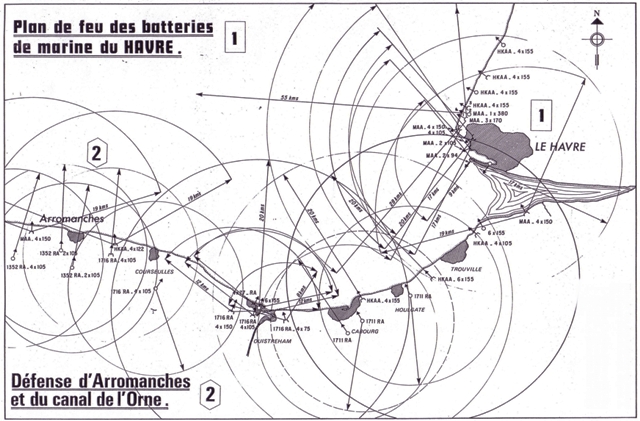 In this context, a dedicated command post, located off the coast, is coordinating the local battle group Orne ', consisting of light infantry and artillery means. The heavy artillery batteries - so-called marines- being controlled directly from the headquarters in Caen. 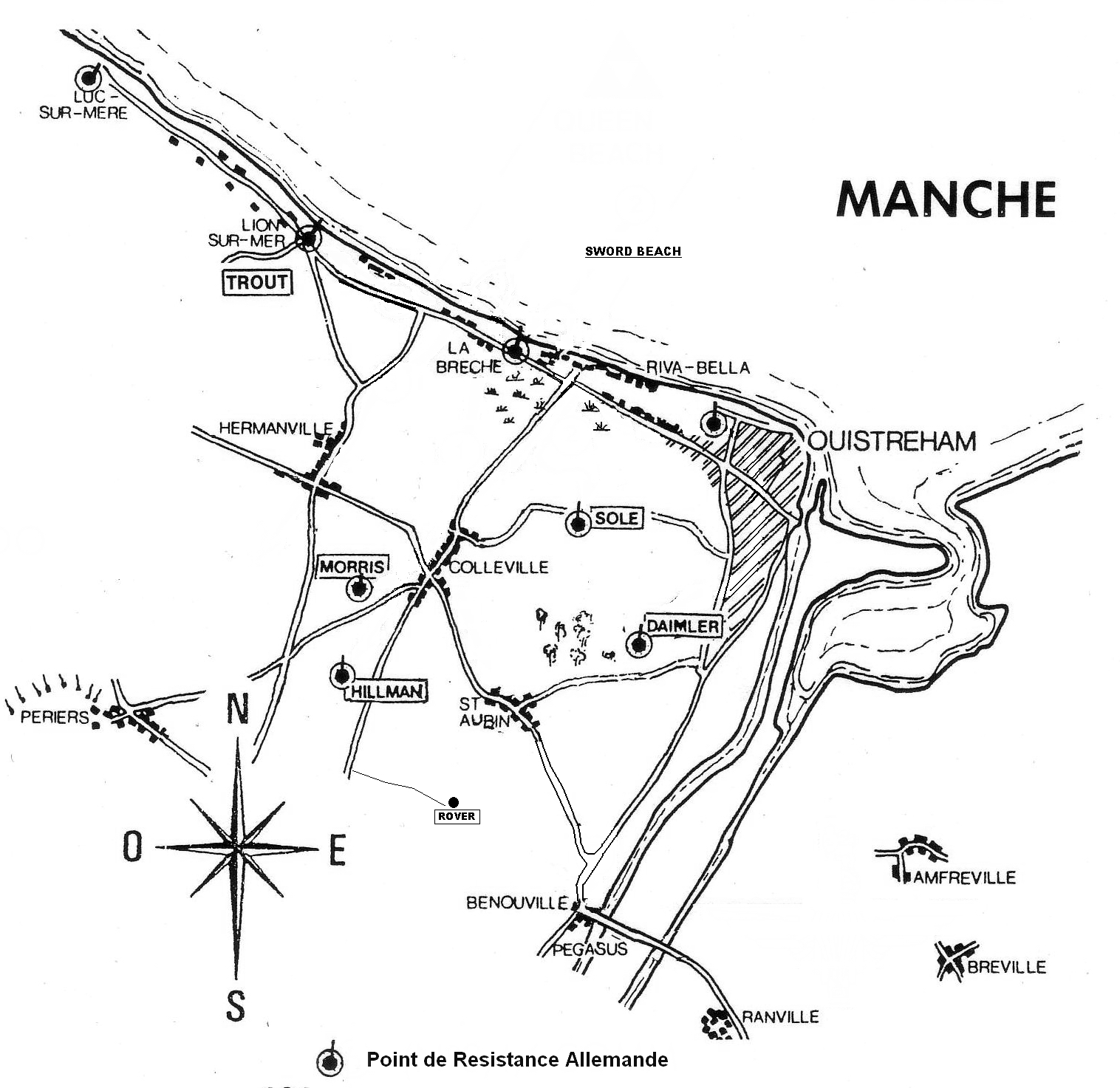 Allied point of view, the sector Sword Beach grid for future operations of the landing. Landings barges have specific areas that reach the shore, and to do so, use remarkable points on the coast (bitter).

Set back from the shore, the first military targets are encoded using names of fish (Sole, Trout ...).

Finally, past the first kilometer, the second lines of objectives have borrowed the great British car brands names: