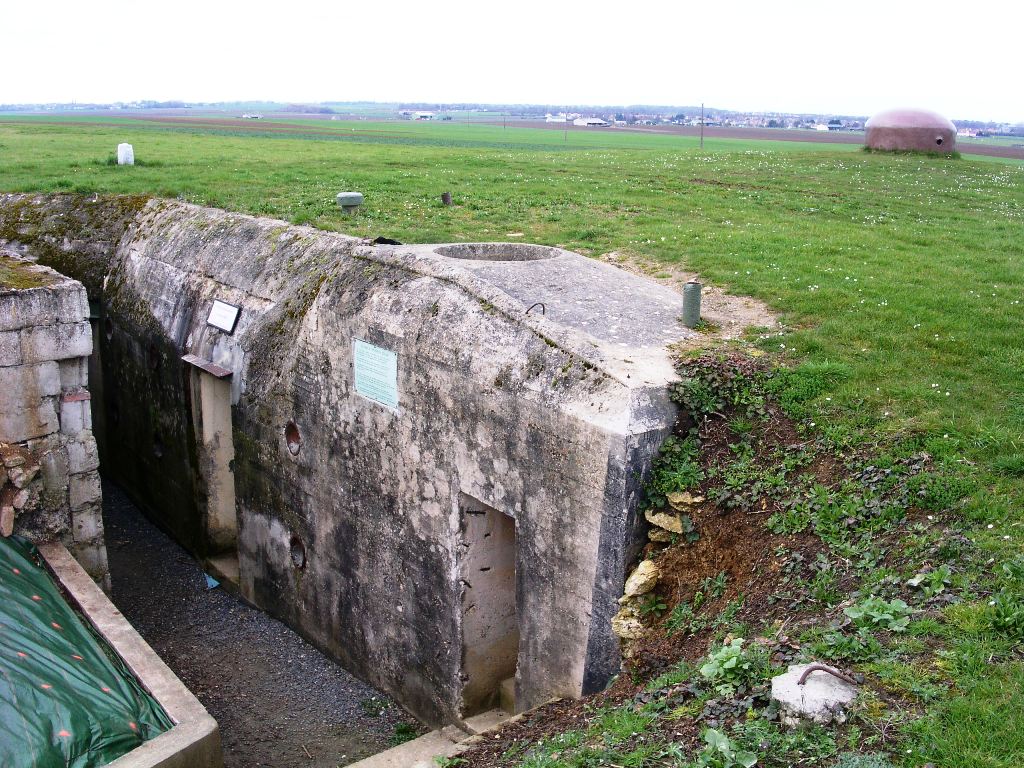 This blockhouse is the regimental command post. During the assault on June 6th 1944, the armored bell was neutralized by a soldier named Hunter during a particularly risky action. The blockhouse was called " Hunter bunker " in his honor, a plaque was unveiled in his presence on June 6, 1999. It is also in this bunker that Colonel Krug and his men remained hidden during the night of the 6th to the 7th of June, 1944 when surrendered.
The blockhouse is a shelter for the command post, type Regelbau 608 modified by the addition of an armored observation bell. The two entrances individually protected by shooting niches are covered by a close defensive position. Facing the entrance, two storage bunkers have been added to the standard model.

Beside the armored bell, the area around the bunkers were also covered by a contiguous Tobruk. ( a protected area to shoot from). 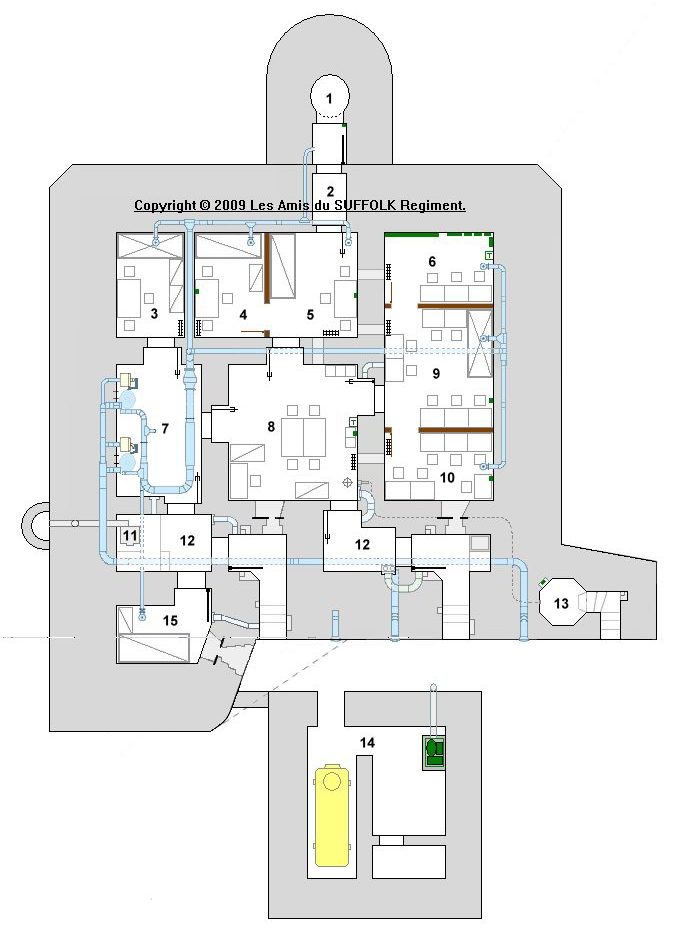 After clearing the blockhouse of the rubble, the association undertook some restoration to its original state. Thus, the armored bell scrapped after war, was reconstituted with concrete.

Near the dome, a narrow concrete well plunges vertically from the surface to several meters deep. It took care of the site drainage system.

The association has restored to its original state this type of blockhouse: waterproof armored doors have been resettled as well as beds and many amenities.