This bunker, the first one cleaned and renovated by volunteer members of the association, is a shelter for a canon type: Regelbau 605. 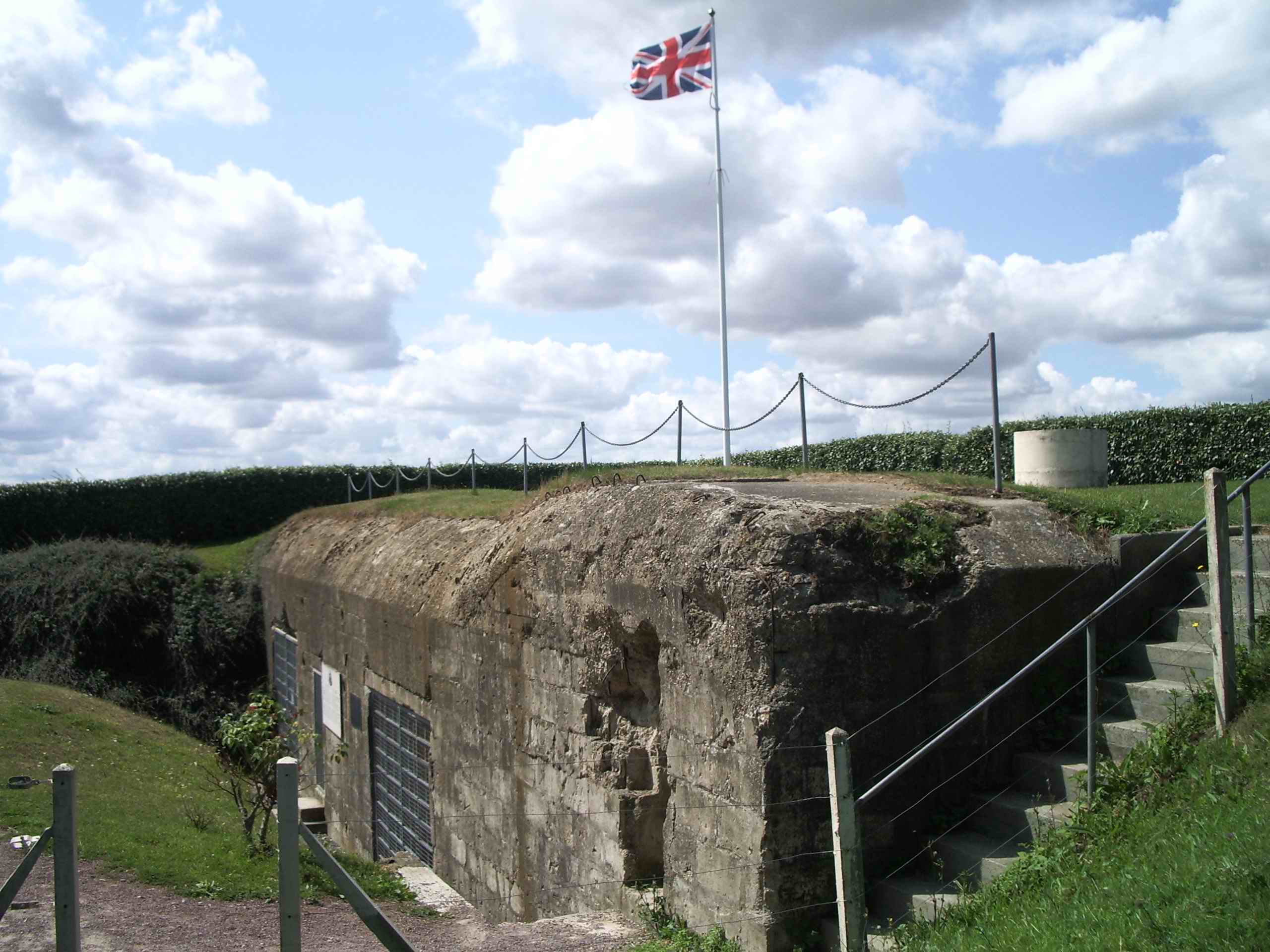 Because of D-day, its construction was not completed in time (by June 44), and the heavy sliding doors were never installed.
The shelter R.605 is a rare model on the Atlantic Wall (only two in France), which served as a garage for anti-tank guns and vehicles. It remains today one of five models, of this type, in Europe. 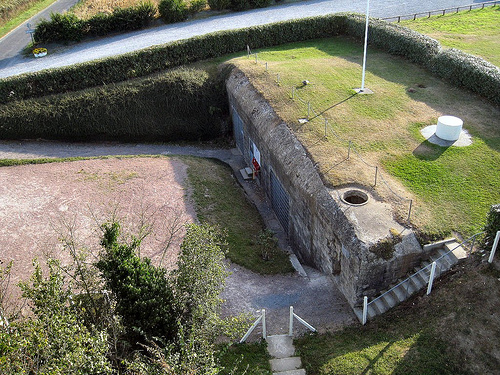 The construction of this model required 1,600 m3 of gravel, 900m3 of concrete and 45 tons of scrap metal.
Aerial photographs show that a concrete shelter had been prepared to fit a canon. A munition storage was found near this location.


Technical description of the building

Map of the Blockhaus 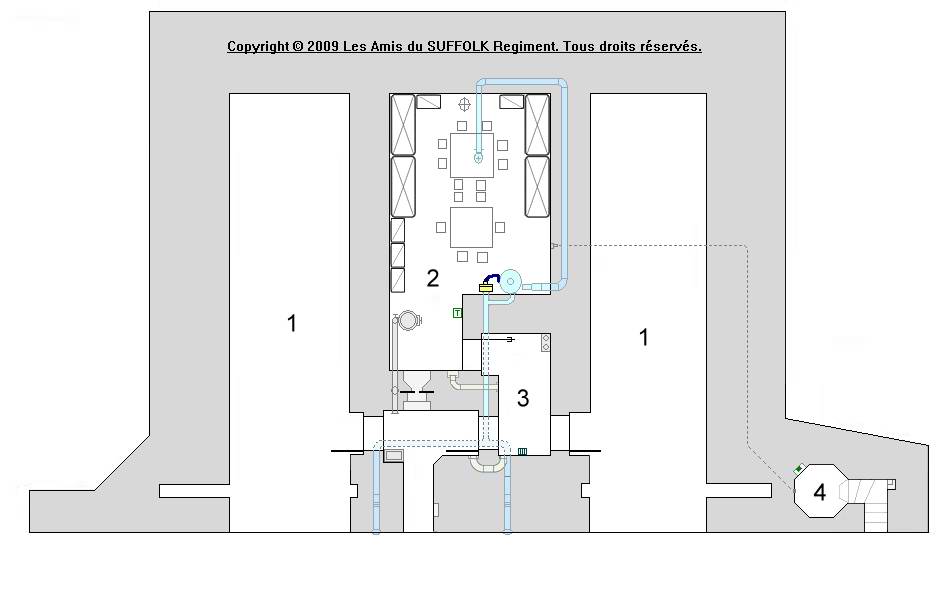 The R605 is composed of three parts, with two rooms (1) closed by a sliding door and armored shelter for servants (2).
At Hillman, the only example of economically designed concrete block is shown by a concrete ramp located on the edge of the road. Only the left cell was fitted with a wooden door in anticipation of a sliding security door. The area on the right seems to have served as storage for equipment. Note the presence of a Tobruk (4) on the right side of the structure which ensures its protection.


Work that was done on this blockhouse